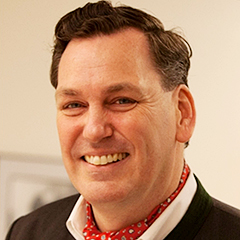 Peter J. Winzer received his Ph.D. in electrical engineering from the Technical University of Vienna, Austria, and from 2000 to 2019 worked at Bell Labs in NJ, where he contributed to many high-speed optical transmission records from 10 Gbit/s to 1 Tbit/s per carrier, including the first field trial of live 100G video traffic. Following his involvement in estimating the optical fiber Shannon capacity, he investigated space-division multiplexing to scale optical transport systems. In 2020 he founded the start-up company Nubis Communications. Dr, Winzer has widely published and patented and is actively involved with the IEEE Photonics Society and the OSA. He served as Editor-in-Chief of the IEEE/OSA Journal of Lightwave Technology from 2013 to 2018, was Program Chair of the ECOC 2009, and Program/General Chair of OFC 2015/2017. Dr. Winzer is a Highly Cited Researcher, a Bell Labs Fellow, a Fellow of the IEEE and the OSA, and an elected member of the US National Academy of Engineering. He received multiple awards for his work, including the John Tyndall Award, and holds an honorary doctorate from the Technical University of Eindhoven.