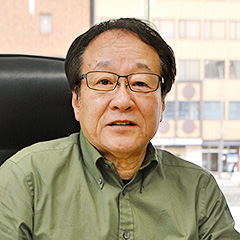 Satoshi Kawata is the Professor Emeritus of Osaka University and the Honorary Scientist of the national institute RIKEN, Japan. He has been a Professor of Applied Physics from 1993 to 2017 and the founding director of Photonics Center at Osaka University from 2007 to 2015. He was also the Chief Scientist and the Team Leader at the institute RIKEN from 2002 to 2015. He founded a laser-scanning Raman microscope company, Nanophoton, where he is the Chairman. He served as the President of Japan Society of Applied Physics (JSAP), that of Spectroscopical Society of Japan, and now the 2022 President of Optica. He has published more than 550 research papers in the journals including Nature and Science in the fields of near-field optics, plasmonics, nano-materials and nano-photonics, microscopy and spectroscopy, two-photon fabrication, and signal recovery and synthesis. He is a Fellow of OSA, SPIE, IOP, and JSAP.